When it was selected as "the photo of the day", this photo had 2578 views.

When it was selected as "the photo of the day", this photo had 3331 views.

When it was selected as "the photo of the day", this photo had 2679 views.

When it was selected as "the photo of the day", this photo had 1238 views.

Theyyam is a form of worship where man dons the guise of God and propitiates the Gods through possessed dancing; Theyyam is also known by the name Kaliyaattom. The performance of Theyyam is supposed to make life prosperous and remove all hazards. Theyyam is perhaps the most significant ritualistic art form of Kerala – God’s Own Country. Theyyam has its etymological origin from Daivam, i.e., god in vernacular. Theyyam is performed in mainly in the North Malabar districts of Kannur and Kasargod in Kerala State, India. Consecration of temple by Brahmins is a recent practice in Kerala and in ancient days, many rulers used to consecrate their favorite devotees in their houses and used to worship them. Out of devotion, they have constructed many temples, popularly known as Kavus and consecrated the Theyyam deities. Theyyam dancers perform there on the annual festival days. The dancers belong to the lower casts in Hinduism but command greater respect especially when they perform Theyyam. According to the belief, the dancer who performs Theyyam Dance will turn to the deity which is represented by that theyyam. Villagers, including the rulers and those elites belonging to the upper casts will seek their blessings. Theyyam performers will have to perform several rituals and as a preparation, they will have to lead a typical style of life for about a month’s time. Consumption of alcohol, non-vegetarian food and sexual intercourse is barred for them during this period. A theyyam may last for about 12 to 24 hours including several intervals. There is no specific stage for performing theyyam and it is usually preformed in houses or temple in open air. In the beginning the main performer will come with drummers and recite several folk songs that depict the legend of the deity which is consecrated there. This is meant for propitiating the deity and to invoke the power. After the primary ritual the performer will go to the green room and will return in complete costume. Face painting is important and there are several patterns of face paintings. Some of the major patterns are vairadalam, kataram, Kozhipushpam, Kodumpurikam and Prakkezhuthu. Both primary and secondary colors will be used in contrast. After coming in full costume, the performer stand in front of the deity for quite some time and gradually metamorphose into the deity. After that it performs many rituals all are different types of dance and at the end of it he will sat on a wooden stool called Peetam and start blessing the devotees one by one who comes near him. According to a rough estimate there are about four hundred types of Theyyams belonging to different deities including ancestors, war heroes and animals. The costume, style of dance and the rituals performed after metamorphosing into the deity differ from Theyyam to theyyam but the core of the rhythm upon which the folk songs are played will be one and the same. This is just another evidence that establishes that Theyyam has been evoloved from the primitive tribal form of worship where drum beats and rhythm had great importance in invoking the divine power. History of Theyyam According to Hinduism, all the creation-preservation-destruction activities in the universe are controlled by the three Gods – Brahma, Vishnu, and Maheshwara (Shiva), respectively. For upholding righteousness, these gods appears in many godly guises and incarnations. For propitiation of these gods, apart from ritualistic worship and sacrifices, man also gave form to donning their godly forms and performing as another form of worship. These became a part of their culture, underwent many changes over time, and is an evolution of the clan culture. Theyyam Costumes The costumes of Theyyam are made out of cutting and painting coconut sheaths in black, white and red patterns, fresh coconut fronds form skirts, fashioning breasts out of dry coconut shells and tying a red cloth around the waist. The facial decorations are intricately designed with enriched symbolism. Theyyam is performed in the courtyard of a house or village temple, as the artist gets ready and the spirit of the deity is evoked during the nighttime. The hood, headdress, face painting, breastplate, bracelets, garlands and fabric of attire of each theyyam are distinct and meticulously crafted. Also called Thirayattam, (Because every thira or village performed this ritualistic art at the village temple) this primitive ritualistic ritualistic art demands long hours of preparation before the performance. Source : www.vengara.com/theyyam/about_theyyam.htm www.kerala9.com/news-category/arts-and-culture/kerala-art...

When it was selected as "the photo of the day", this photo had 225 views.

The early morning lights on a cold misty morning.

When it was selected as "the photo of the day", this photo had 214 views.

When it was selected as "the photo of the day", this photo had 127 views.

Copyright Susan Ogden I do not have many chances here in my Happy Place for getting into these kinds of abandoned and decrepitus buildings! I see them on occasion in passing when heading inland toward Raleigh or north to New Jersey, but here there seems to be the added factors of venomous snakes, stray bears, or possibly buck shot in the butt, at entering a building that, in spite of it’s decrepit state may well be owned by someone that does not take kindly to your love of said home or building! Thy play by a different set of rules here! This was obviously taken on a return trip north, last summer...with instructions on how to get into this place in NY State, from someone i do not know personally but is a wealth of info on these kind of places....at least i think it was NY State. Sometimes i can’t remember what i had for breakfast ...this was last June! It was spectacular and Torrie and i ducked in an out of buildings of this home for disabled children, long abandoned and with a long history of uses after that was closed. We kept an eye out for the patrol that drove though periodically looking for characters such as us! Spent a whole day there...and could have used more time! Off the grid again for a few days...returning my little momma to her home in Florida! No interernet where i am going but will try to glom it from a neighbor or check in on my phone! Hope to be home by Tuesday Night...Have a beautiful weekend!

When it was selected as "the photo of the day", this photo had 99 views. 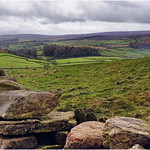 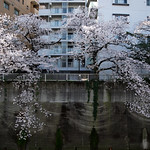 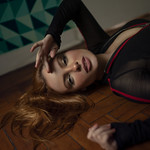 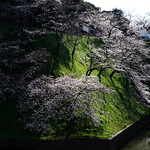 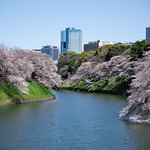 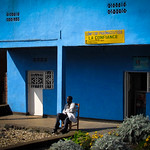 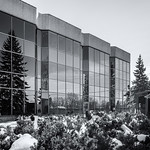 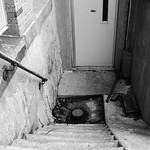 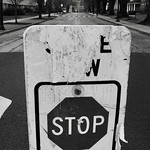 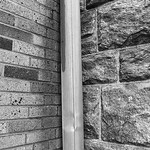 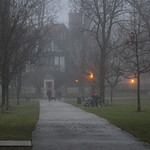 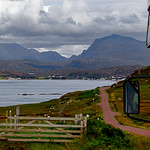 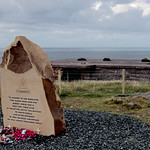 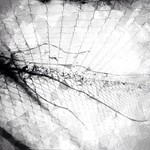 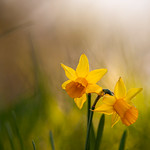 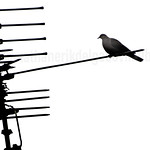